After running for several years one of my WRT54G devices started to make strange noise. It smelled like burnt electronic components. But it obviously worked as the LEDs glowed when the power supply was plugged in. My first guess was that the voltage regulator in the input has gone up in smoke because the PCB got quiet hot in that area. The noise was obviously generated by pulsating current in the input coils LX1 and LX2.

Measuring the output of that regulator showed that it just made around 2V instead of 3.3V. And the voltage even dropped below when the current drain raised. Baypassing the regulator and feeding 3V into the PCB through the output pin worked like a charm. But as the sound just occured during heavy (CPU) load I guessed that the capacitor in the input circuit got dried up (maybe because the device was exposed to direct sun light during the last years that nearly wore out the color of the front panel? :-)). The cap CX1 half way between input and regulator was a 5V 220µF one. As I just had a 63V 1000µF one I put that in as the capacity would not be critical at this point. After reassembling the device and running it for several hours turns out that my guess with the dry capacitor was right. I also replaced CX2 to cirumvent disassembling it in a few weeks again. 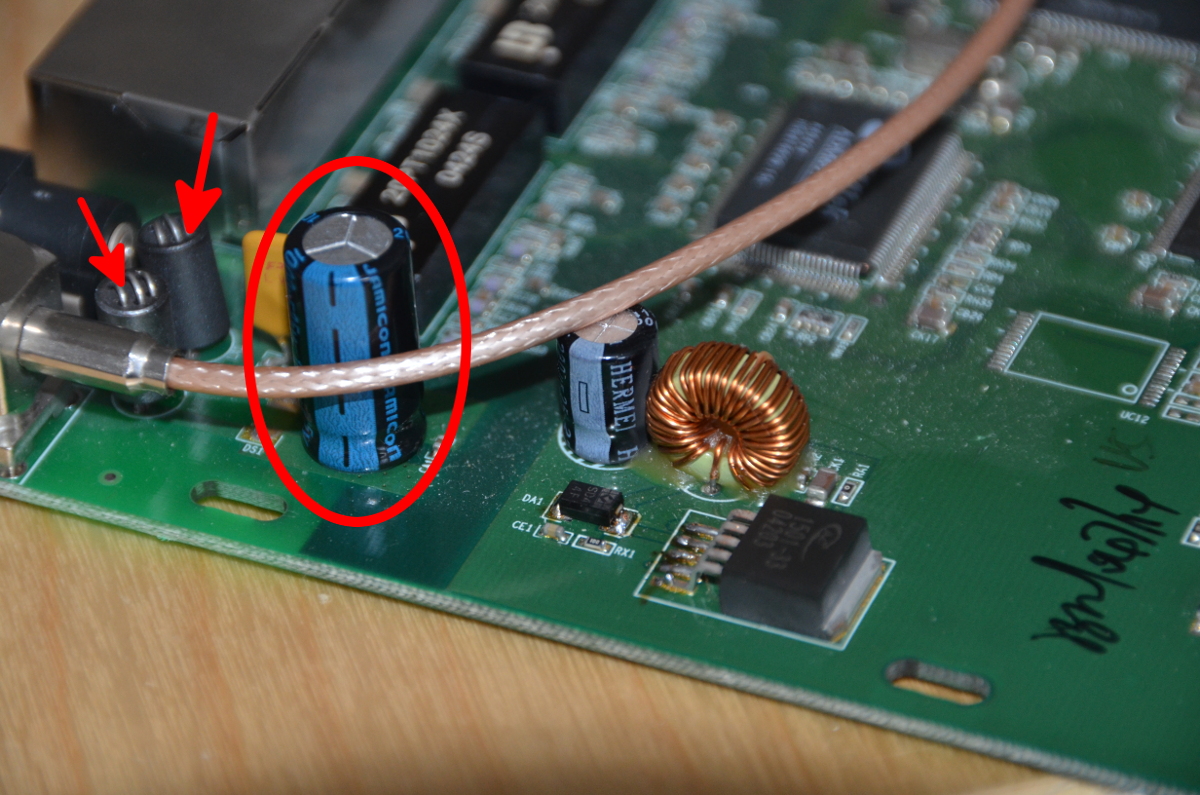