For some local activity contests on VHF and UHF as well as microwave band I have found tucnak to be a good solution for logging on a Linux system. It has hamlib TRX control and exports all commonly used contest log formats. And of course it is open source and the author is very friendly. He was so kind and accepted some feature requests and patches from me. 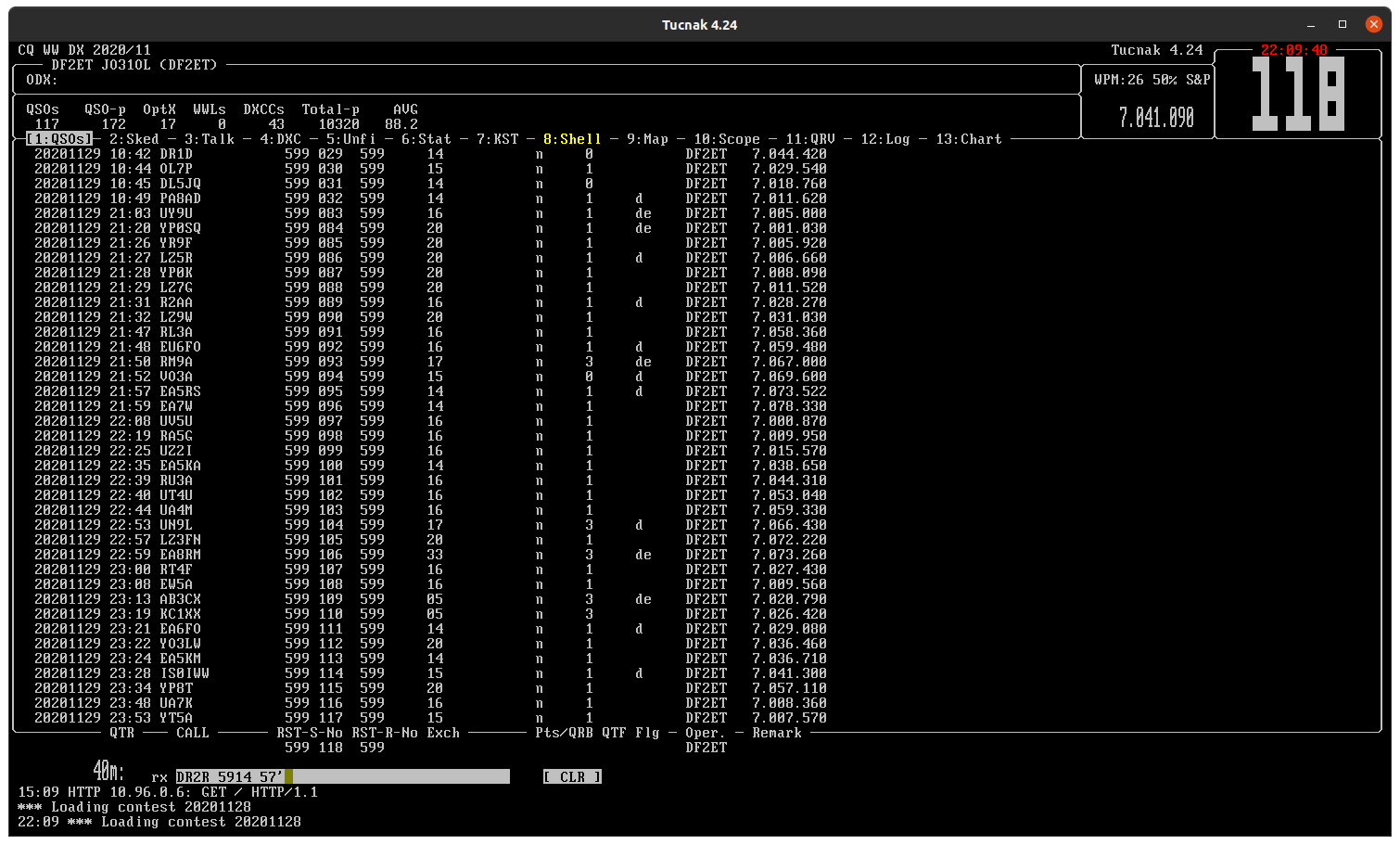 So this is my personal cheat sheet as most of the stuff can be controlled by user input.

The following snippets presume that you have created a contest and want to log a QSO. You can simply enter the callsign of your QSO partner followed by his report separated by a whitespace. If the contest uses numbers as exchange you can just append them to the report. So report of “599” and exchange of “014” is entered as “500014”. Tucnak will separate report from exchange internally. If you receive a grid locator from your QSO partner you can also add that separeted by a space.

Now if you want to your own report (which differs from default 59 or 599) you can enter that by hand and prepend it with ‘.

Of course there is a number of very useful key kombinations as hot keys for different purposes. My commonly used are these: