On special request by M0NPT I did upgrade two Opticum Twin LNBs (LTP 04H) with 0.2ppm 25MHz TCOXs. As the twin LNB come with a relatively small case compared to the quads there is no too much room for more SMD parts. I chose a TCXO by Murata Electronics XNCLH25M000THJA0P0 [1] which is 5x3.2x1.5mm in size. As the rest of the electronics inside is powered by 78L06 there is need for another down converter for 3V. In my junk box was a reel of AP2210N-3.3TRG1 [2] in SOT23-3 case. These two parts and another 1pF cap to feed the output to the RDA3567EN main controller form the base for this mod.

First of all I removed the old 25MHz crystal which is quiet unhandy because those seems to be blued to the PCB. In my case the pads typically also come off the PCB. I also removed the two 20pF caps on the crystal path. These are located right below the main controller. The four pads are cleand from solder remains and the upper left pad is the point to feed the TCXO output via a 1pF capacitor. 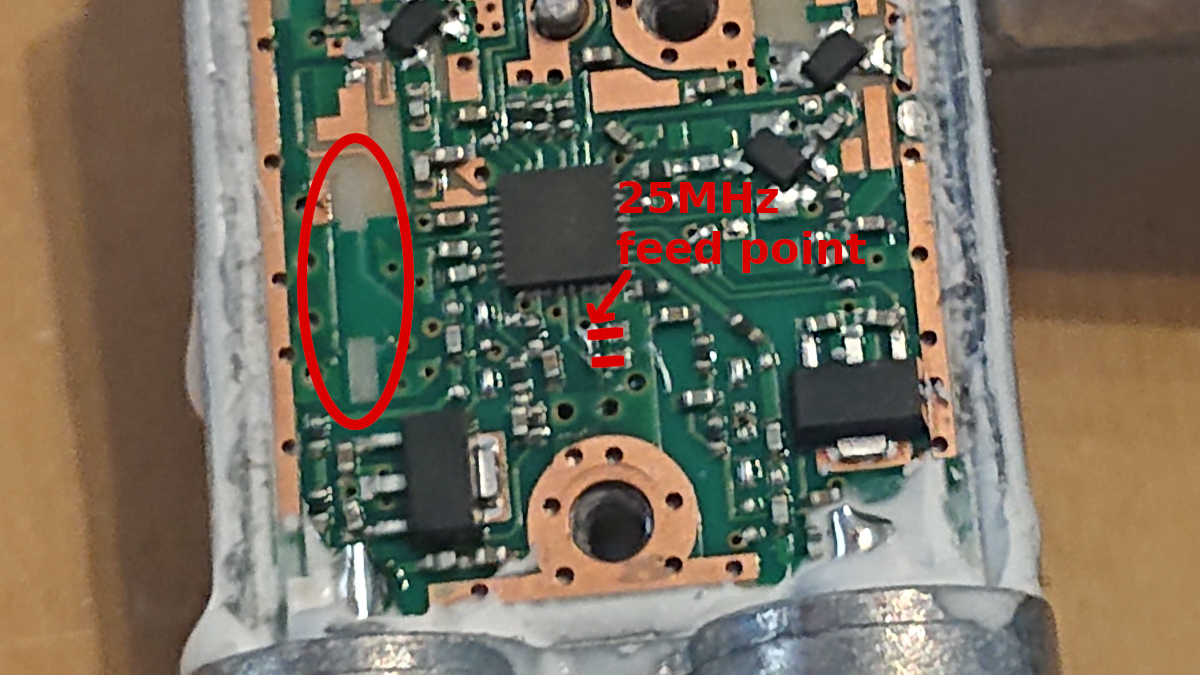 The picture shows the inside of the LNB after crystal and caps removed. The place on the left leaves enough room for the TCXO and the voltage regulator. 6V are taken from the upper leg of the 78L06 on the left and fed to the 3v3 regulator. GND can be wired to the area near the via left of the former crystal. The TCXO was glued upside down to the PCB right above the 78L06 regulator. Then GND is the upper left pad of the TCXO. 3v3 in is the bottom right pad. The output of the 25MHz reference frequency is the top right pad. I attached some hookup wire. The other end of that wire attaches to the 1pF capacitor which is soldered to the top left pad of the four pads forming a square where the two 20pF capacitors for the crystal where mounted. The 1pF cap is soldered “half-standing” so that the other pad does not attach to the PCB but the end of the hookup wire. 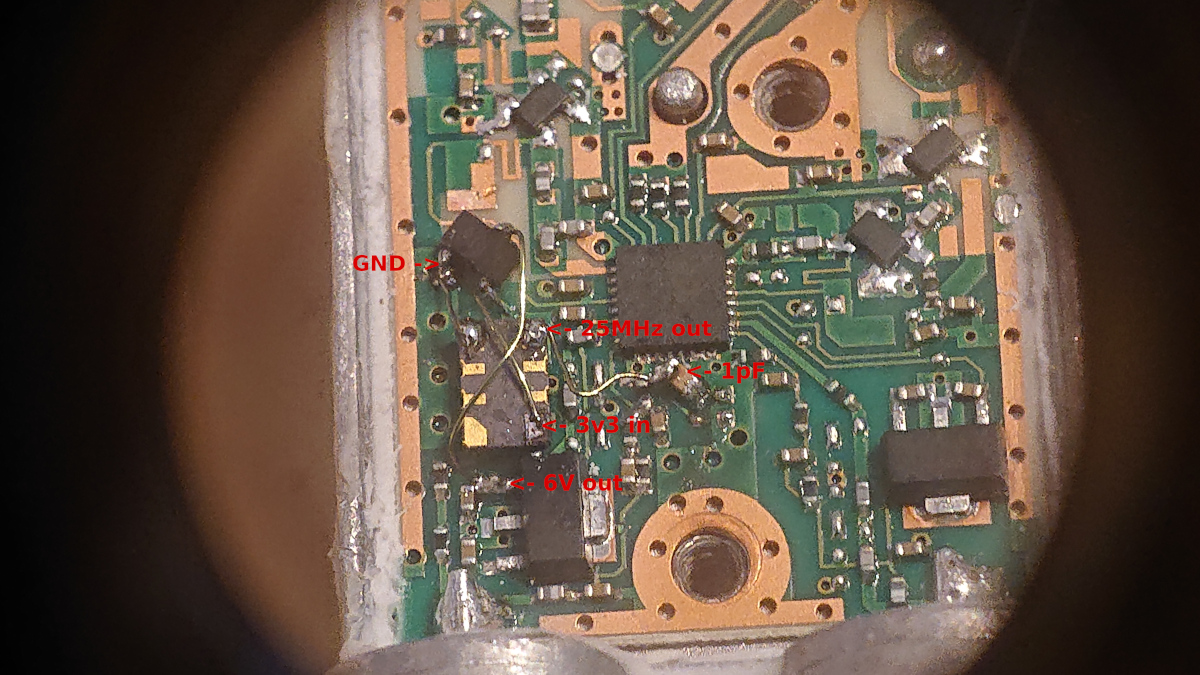 After that the case is re-mounted. The pad inside the top cover is removed. I finally added some silicone to make the LNBs waterproof again. Tests showed that the IF downlink of QO-100 is a little off the 739.5 MHz but very stable and good for CW and SSB operations [3].