While experimenting with arpx (see [1]) as a more recent digipeater software in exchange for digi_ned I was searching for a way to gate the GPS position data from the APRS-IS [2] to the local APRS QRG. With the old combination of digi_ned and javAPRS that seemed not feasible in a simple way. And as I wanted to install a software that is under active development I investigated on this a bit further.

From what I know by now is that there are two different ways to transmit GPS data via D-Star. The modes are referred to as “GPS” and “GPS-A” in the menus of ICOM radios. Up to now I always used GPS-A as the mode of choice. With this configuration I could read my data back from the APRS-IS on [3]. But the APRS-IS connection from aprx did not take any notice of these position data. It is just not distributed as I could confirm with a separate internet-only APRS client.

From [4] I read that GPS-A is obviously not the correct choice and one should better use the GPS mode instead. This required a little more configuration and a checksum calculated by [5]. However with these settings my position was shown on the APRS-IS net. But now the GPS data was abviously also distributed to other clients. In this case my repeater got the data on the internet port and with a correct configuration I was able to gate this to the VHF port.

I strongly recommend to use a filter on the connection to APRS-IS (I used a range of 25km around the position of the digipeater) because otherwise all! APRS-IS traffic would be broadcasted to your local VHF port. That is usually not what you want and probably easily overloads the single 1.200 bit/s APRS channel on VHF.

For research purposes I tried to look a bit deeper into the digital D-Star stream sent out by my handheld radio. I used an ICOM PCR2500 receiver equipped with a UT-121 D-Star unit. With a computer connected to the data port and a terminal program (minicom with 9.600 bit/s 8N1, RTS/CTS and Xon/Xoff off) I peaked at the data stream. The results are documented in the two screenshots below. I will just leave this here for now any maybe more investigation at a later time. 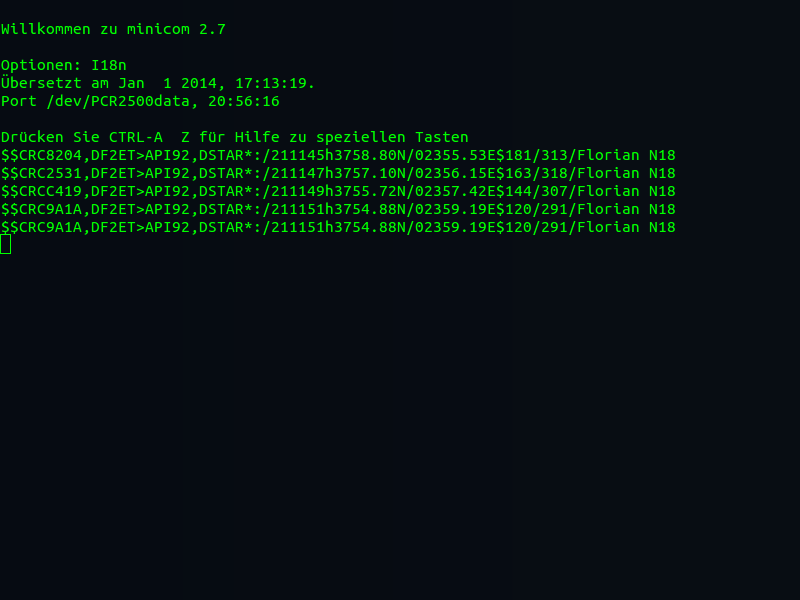 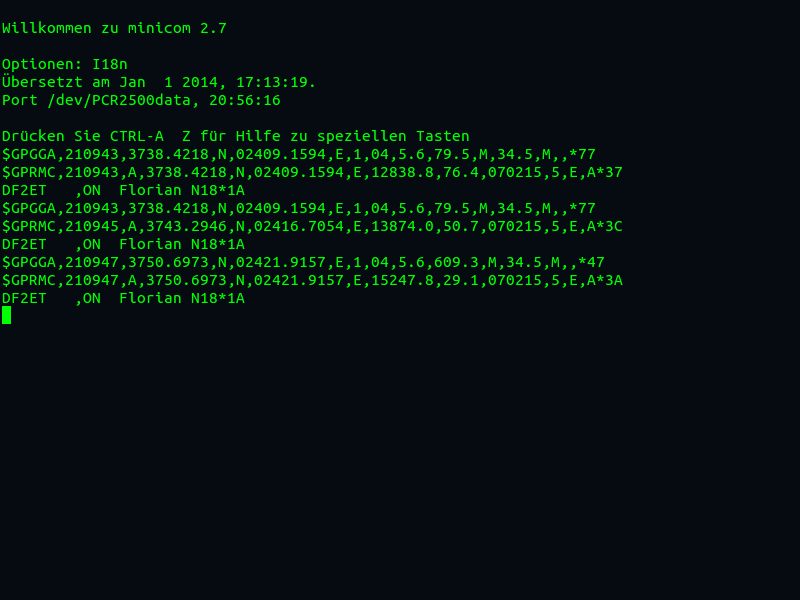