As my old 80cm dish became obsolete as a 1.20m dish arrived for my QO-100 station I decided to use the 80cm one for portable use. This setup is driven by up- and down converters by AMSAT-DL which are mounted to the dish and its pole. The down converter was mounted into a weather proof case while the up converter is as near to the feed as possible.

From the spare parts box I had a 3.5” Nextion display and a Raspberry Pi Pico that has been orderd for a yet unknown project. These to items would form a nice display facility showing different operation parameters of the two converters. So I hacked some microPhyton code that reads the data from the converters and controls the Nextion display to show that data.

The first proof of concept is working and can display live data such as position, grid locator, date and time as well as temperature and output power of the up converter. 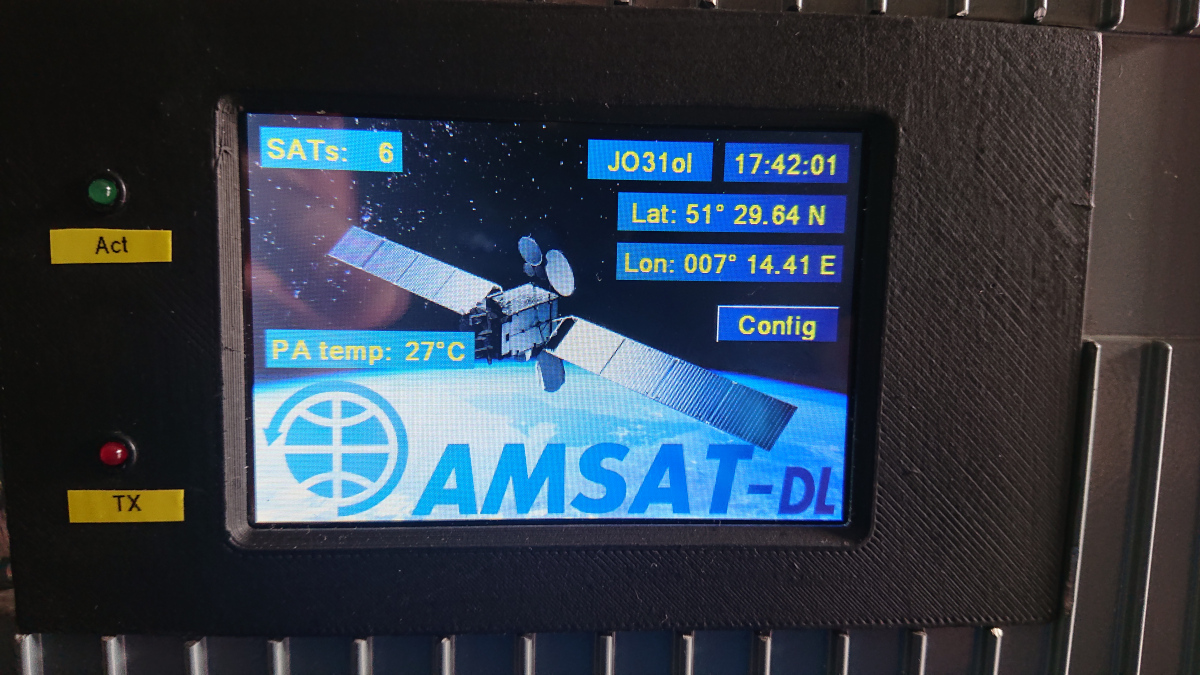 I also added two LEDs. The green one lights up whenever data is received from the converters and processed. The red one is turned on upon transmission. In this case the page on the display also changes and shows the operationals parameters while transmittig. As my up converter is of an older revision I miss the data concerning reflected power. 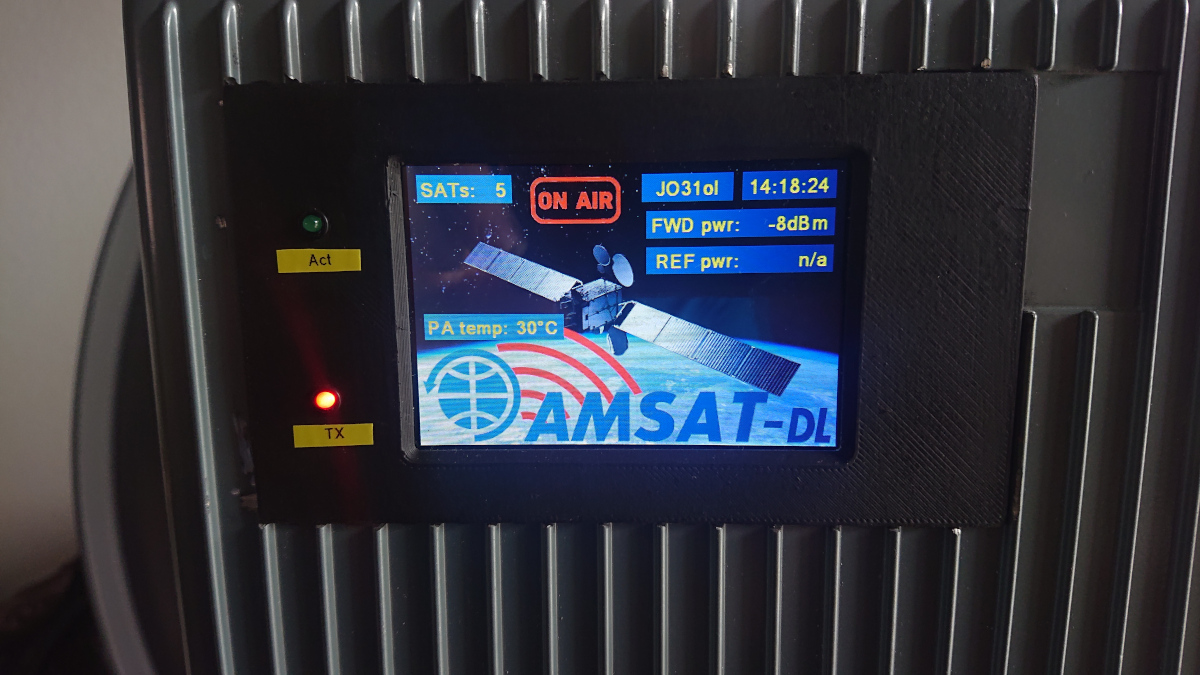 The code for the Raspberry Pi Pico is very simple and processes each received line to determine which data was received. I will be published to github once it is functional. Same goes for the source for the Nextion display. A sample demo can be found on [1].

The code for the Raspberry Pi Pico has proven to work basically during my /p activation from SM. So I uploaded the sources for the Raspberry Pi Pico as well as the Nextion TFT display to github (see [2]). You can also find the documentation about wiring there. The only issue is that currently the up converter sends its configuration data (which I want to be displayed) once and straigth after startup. At this time the Raspbery Pi Pico is not up and running the MicroPython code yet. So I created a PR to the official repository to include a 2-second start-up delay before that data is sent out (see [3]). This means you have to be able to compile and upload the code to the upconverter to use this code and display.