For the latest MMDVM_HS_Hat project by me and Mathis, DB9MAT I arranged for a reflow oven model T-962 which is a good assistant for SMD soldering work. As per Toufik, F0DEI there were some interesting modifications to make in order to improve the results as well as to get rid of smelly evaporations.

There is a famous article on hackaday (See [1]). It was the reason to open up the unit and get some improvements done. In order to support this there is a nice YT video [2] describing the mods in detail. 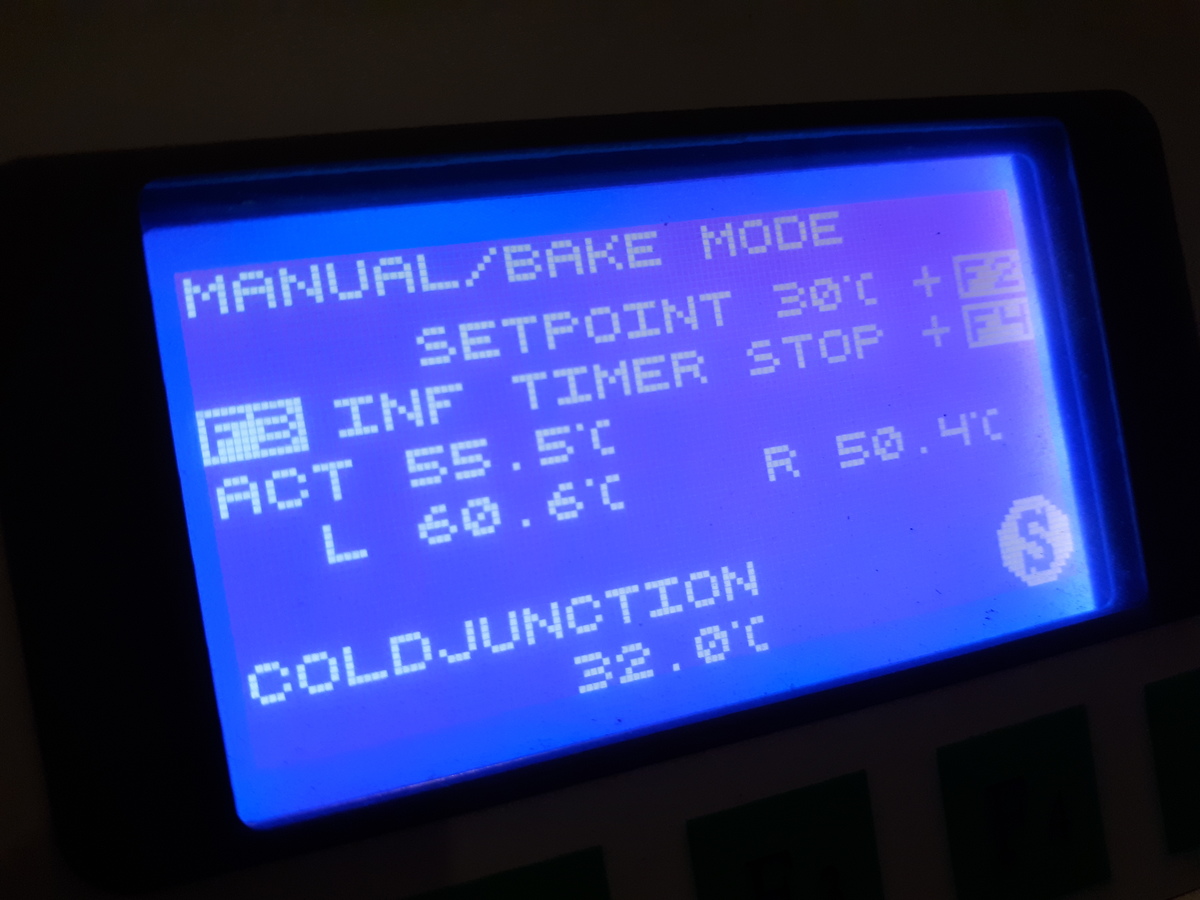 The first thing was replacing the built-in tape by Kapton tape. This is the most important mod as this crap is resposible for the toxic? smell. Another important thing to do is to fix the grounding of the metal case because originally the earth wire is “protected” be the case’s covering.

Next up is the addition of the DS18S20 tempertature sensor which was a DS18B20 from the box which spare parts. Likewise the BC547 transistor was added to make the new firmware able to control the little fan on the side of the case. 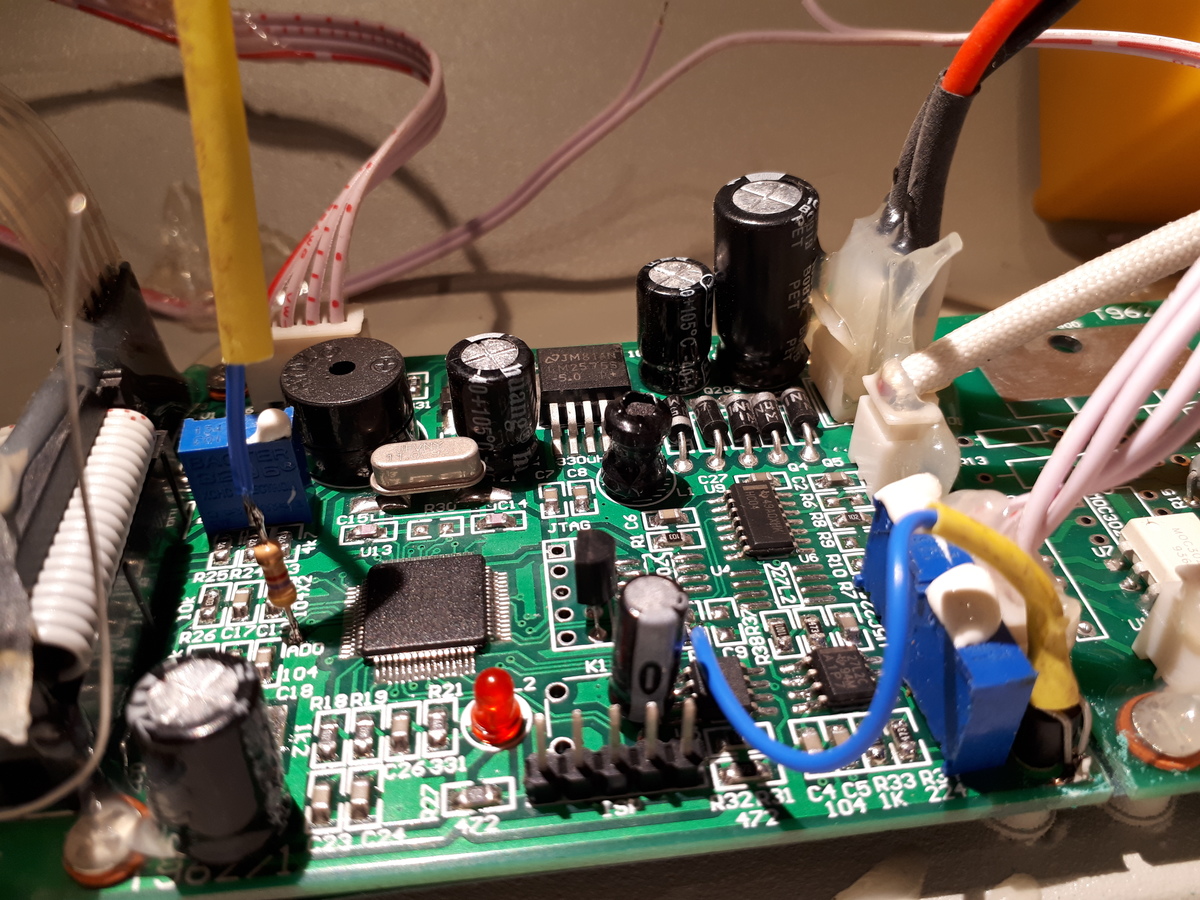 The BC547 transistor’s base is hooked to a spare GPIO pin of the CPU labeled AD0 via a 4k7 resistor. Emitter and collector are soldered to the GND wire of the fan (emitter poiting towards PCBs GND). The temperature senors’s outer pins are soldered to the controller PCB’s GND (for which I scraped some soldering mask off). The center pin (DQ) is connected to another GPIO pin of the µC. A 0805 4k7 pull-up was soldered to spare pads of C20 and R2. The wire from the temperature sensor is then connected to the pad of R2. 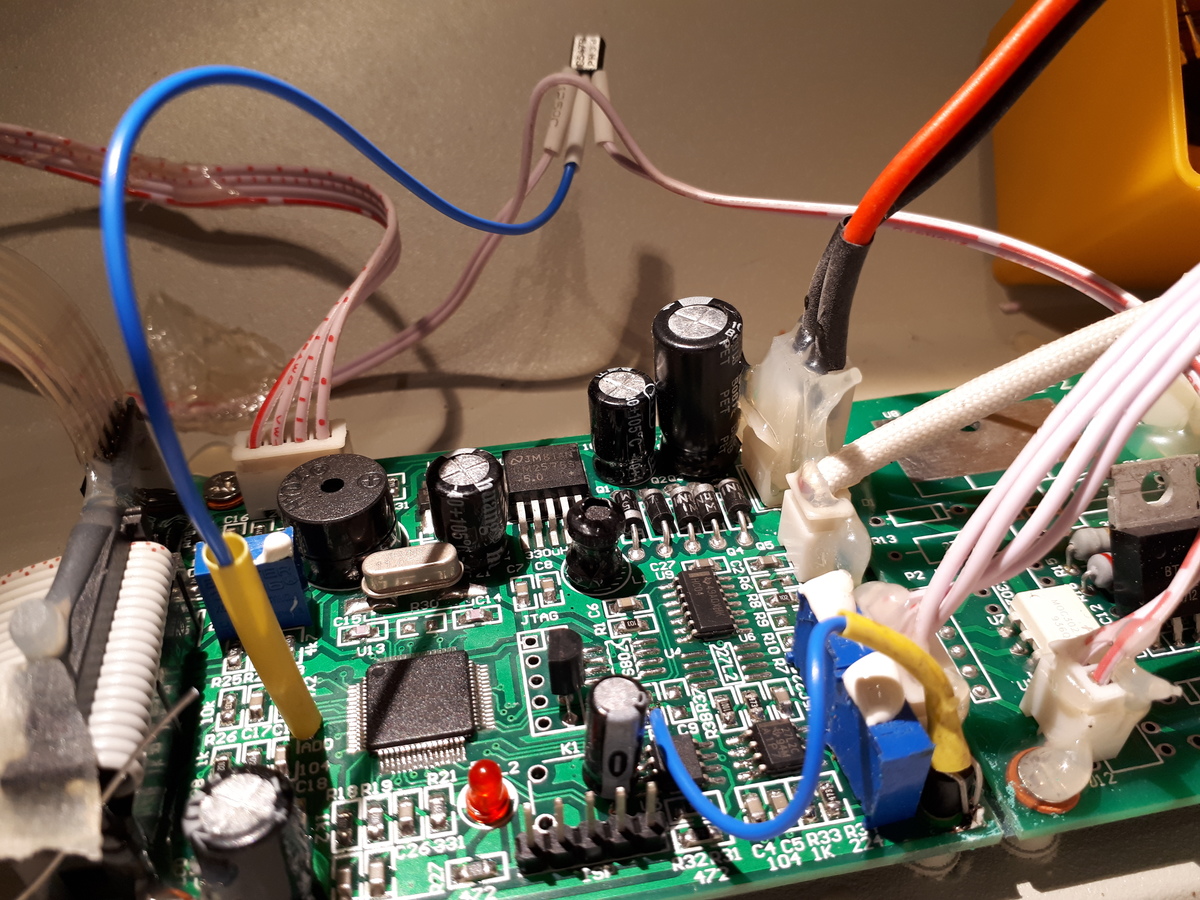 The last thing to do is to upgrade the firmware. There is a nice Open Source version on [3] which also has a Wiki on [4] with some information on flashing the µC. In my case it was a little experiement. The CPU is labelled as LPC2144 instead of the LPC2134 mentioned in the video. I also had to experiment with various baud rates. In the end it worked with 14.4 kBit/s which quite took a while to upload the firmware. After resetting the CPU it worked out of the box. 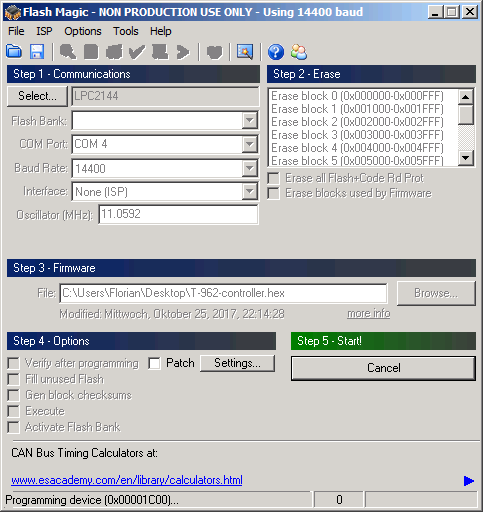 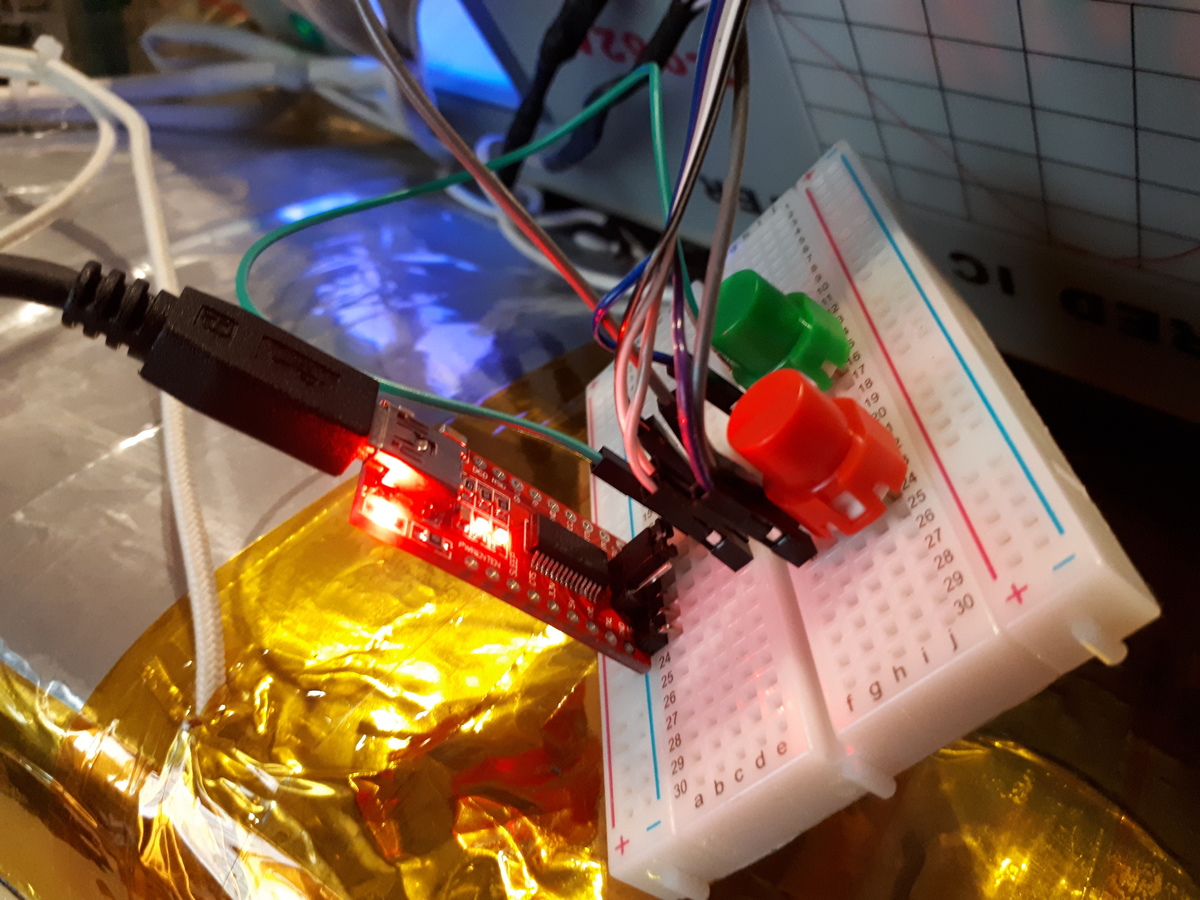 Please be aware that this may eventually break your rig. Use at your own risk. I am not liable in any way for damage to your equipment.