After receiving the Es’hail 2 satellite QO-100 with a standard LNB on an offset dish some days ago there was the need to get the RF compontents a little more stable with regarads to frequency. We used a standard LNB with PLL technique which resulted in several kHz drift during listening to SSB QSOs. During resarch I found a nice article on the BATC Wiki ([1]) which basically outlined modifying the LNB so that an external reference frequency can be used. After having a look into my spare parts box I found all necessary stuff in SMD. So this is my write-up about changing one output port of an Octagon quad LNB for external reference. 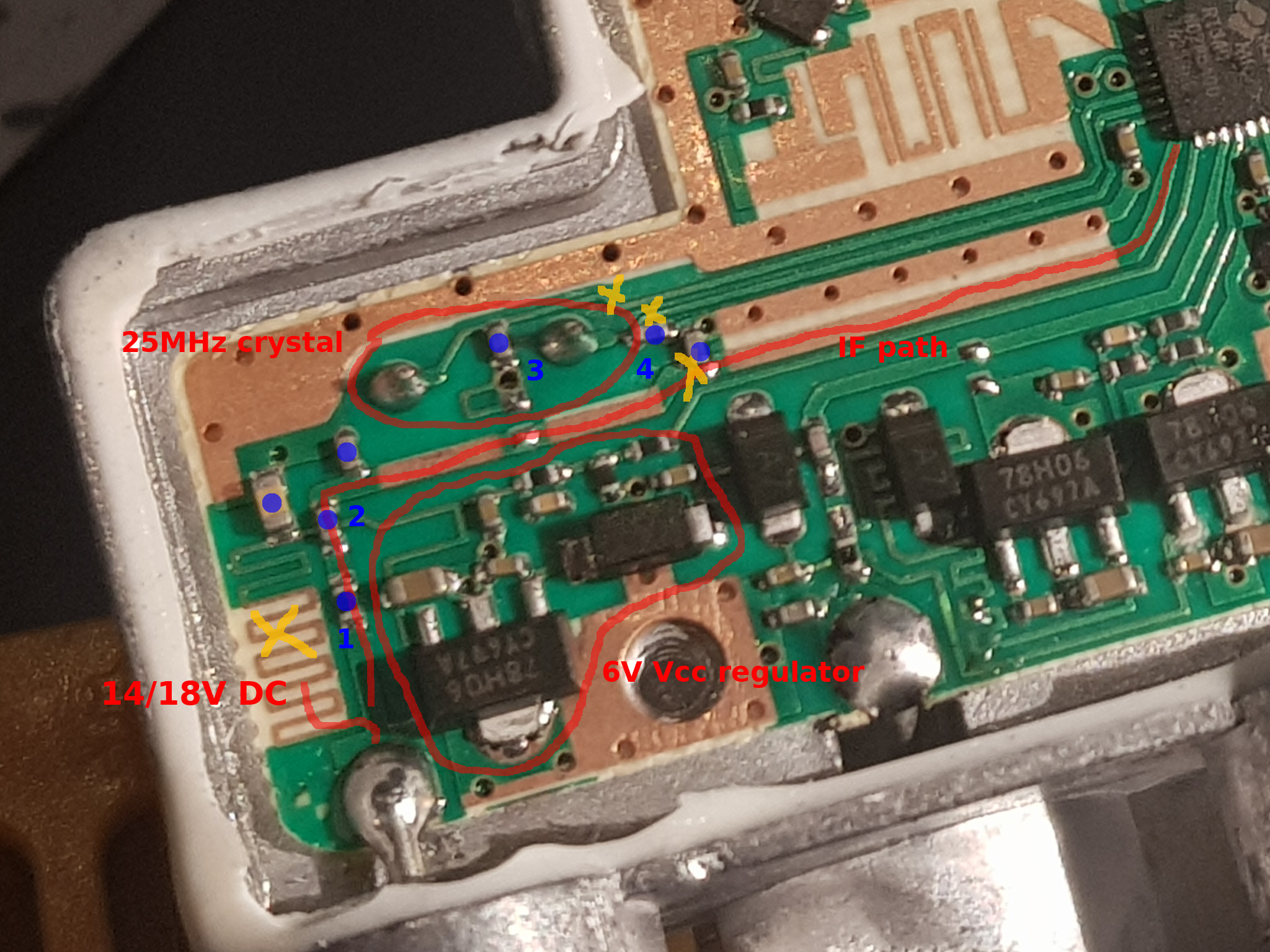 So the basic task is to disonnect the original IF path and also the input to the 78H06 regulator. I marked the relevant parts in the picture above. The yellow markers show the points where to cut the original tracks on the PCB. After that was done I removed all SMD parts marked with a blue dot and then cleaned from superfluous solder.

Then I mounted some components as mentioned in the BATC Wiki to feed the external 25MHz source. The original inductor? marked as “1” was replaced by 0402 0R resistor. The capacitor “2” was repleaced with a 0402 10nF capacitor. The removed capacitor “3” was replaced my a 1206 (did not have a smaller size at hand) 100R resistor but now connecting from the bottom reamining of the IF path to the two GND pads above. And finally in the area flagged “4” I mounted another 0805 10nF capacitor to feed the 25MHz reference to the original output track of the crystal. 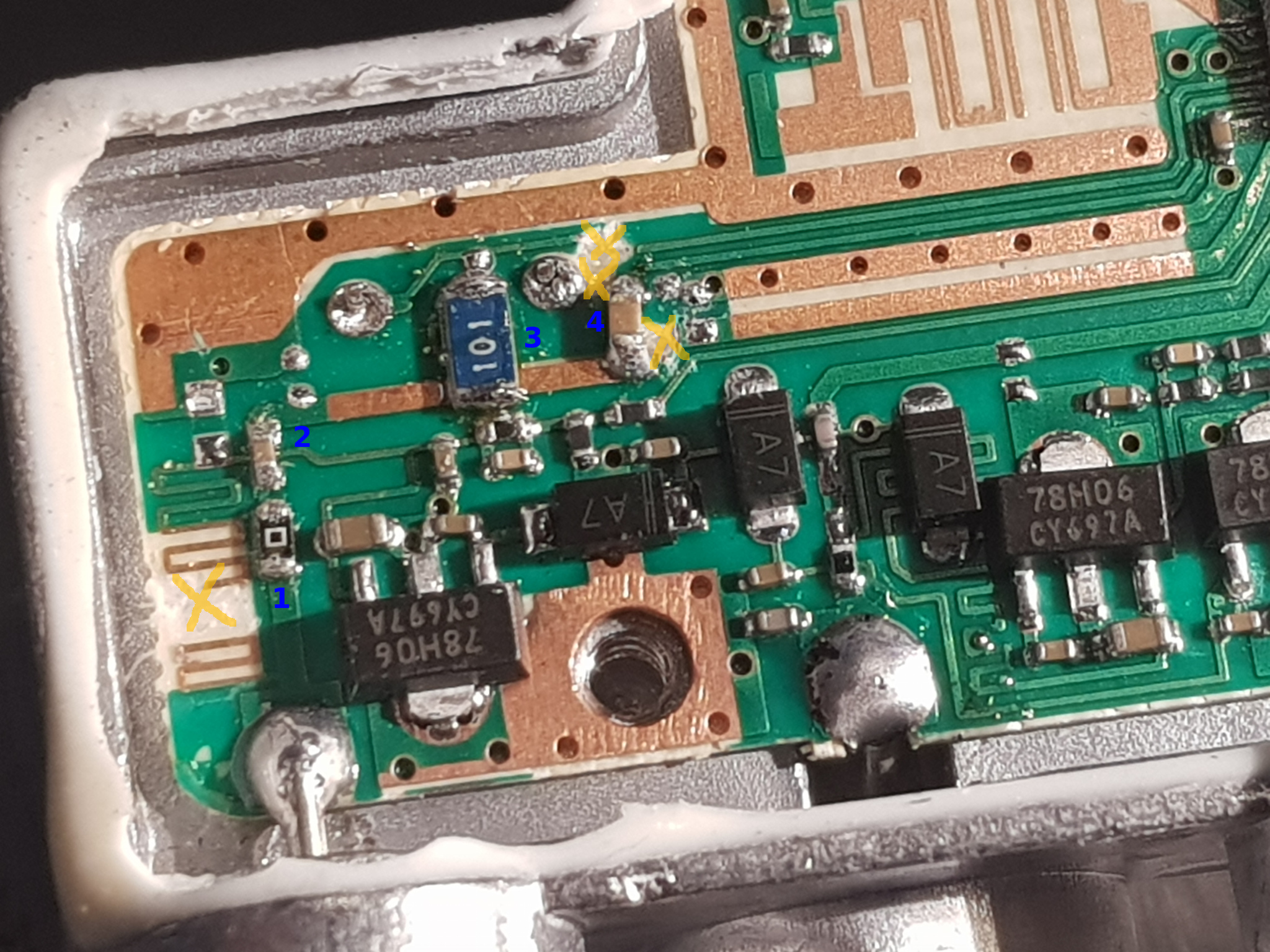 The second picture shows the LNB after modification. We used this LNB for several QSOs on QO-100 without any need to re-tune the frequency. The external reference is a LeoBodnar 2-port GPS locked frequency referency generating the 25MHz. The IF was fed into an AirSpy R2 which was stablized by the second output of the GPSDO using 10Mhz output.