The ICOM IC-92 D-Star radio can transmit GPS data while operating a D-Star repeater. In order to receive the GPS signals one would normally have to buy an external microphone with a built-in GPS receiver. This device is rather unhandy and particularly expensive: around 220.00 €. I put the radio into a box on the carrier of my bike. Therefore the GPS mic is not an option. As I already figured out the pinout of the 12pin connector I tried to reverse-engineer the GPS input.

First of all there was the voltage and maximim load to measure. The voltage applied to the external mics turned out to be +5V. In order to not damage the device with too much load I measured the current drain of the external GPS mic. That gave about 50mA. 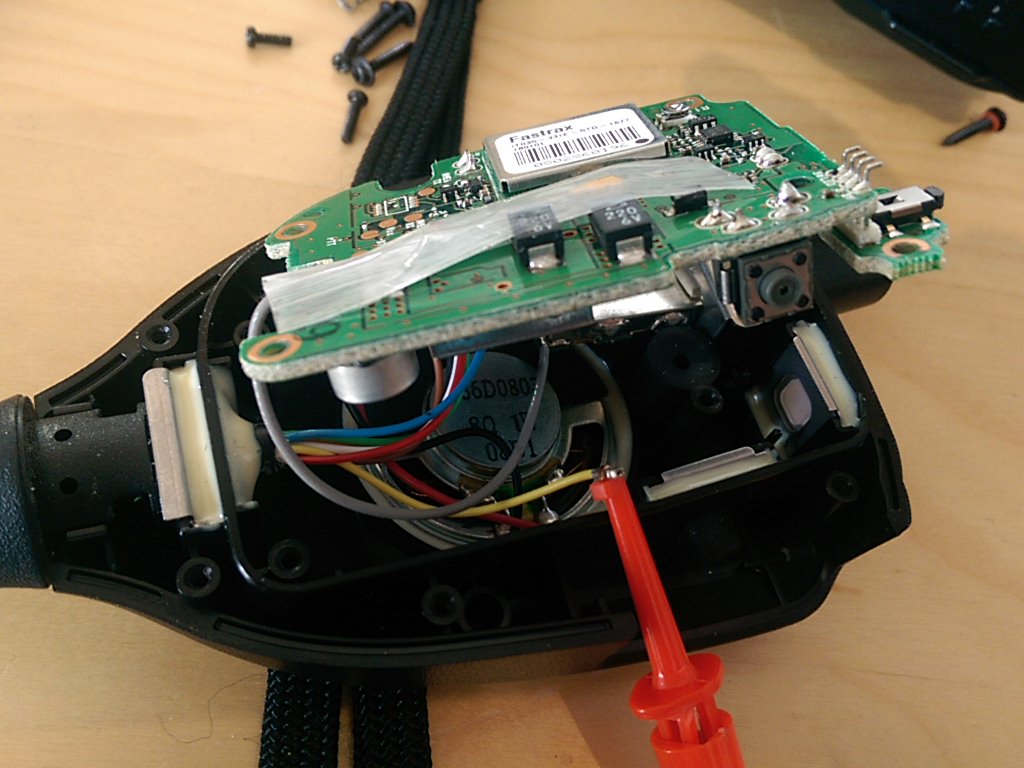 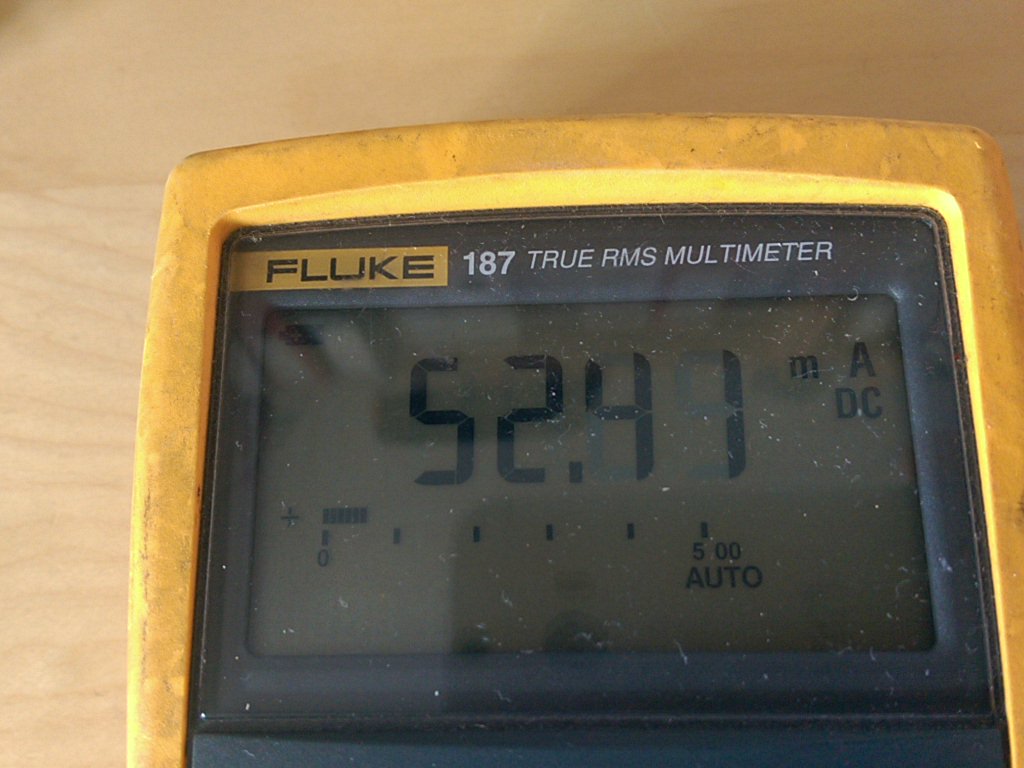 That should be sufficient to drive an external GPS receiver. I ordered a u-blox NEO-6M module which uses around 10mA and outputs NMEA data at RS-232 TTL level. So I would need an extra MAX3232 level converter which also takes 10mA. So this is a good combination to use with the radio.

From sources on the net I learned that the IC-92 could also be supplied with GPS in NMEA format via the data interface that is normally used for programming the radio. For a test I attached the radio to a FTDI USB-RS32 converter and fed the radio from a GPS simulator on the computer. I used gpsfeed+ (see [1]). 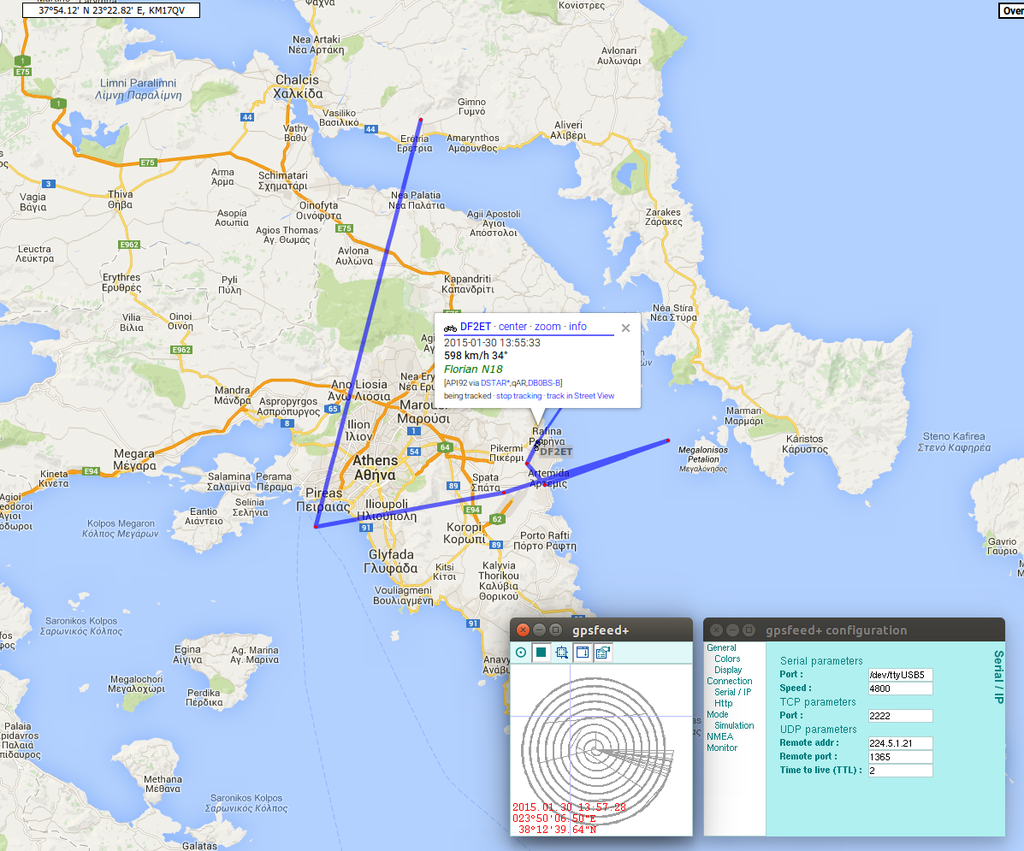 Choosing the correct parameters for the serial interface (4800 8N1 no handshake) made the radio immedeately show a valid position and that was also trasmitted to the D-Star repeater. The result could be seen on an APRS website presenting the position data on a map like aprs.fi (see [2]). As I used the default settings of gpsfeed+ I was circling around Athens temporarily.