Inspired by [1] I recently setup a quick and dirty version of a KISS TNC to be used with Xastir for APRS position reporting. The harware consists of an Arduino nano Board and a few external parts. Altogether this solution costs about 5€. The Arduino is a simple clone with ATmega 328P and some USB-RS232 Chip from China.

I put the components together on a small bread board in order to test. A similar schematic with PTT LED can be found under [2] by the way. After finishing the circuit I programmed the software of the Arduino with an USBASP programmer for Atmel microprocessors. The circuit worked like a charm straightaway.

On a serial terminal I could see the AX.25 raw data. So I configured Xastir with a KISS TNC and could decode the received APRS packets. Transmitting also works without problem. The TX-delay requires some fine tuning however. Next I will try this low-cost TNC on a Raspberry Pi. 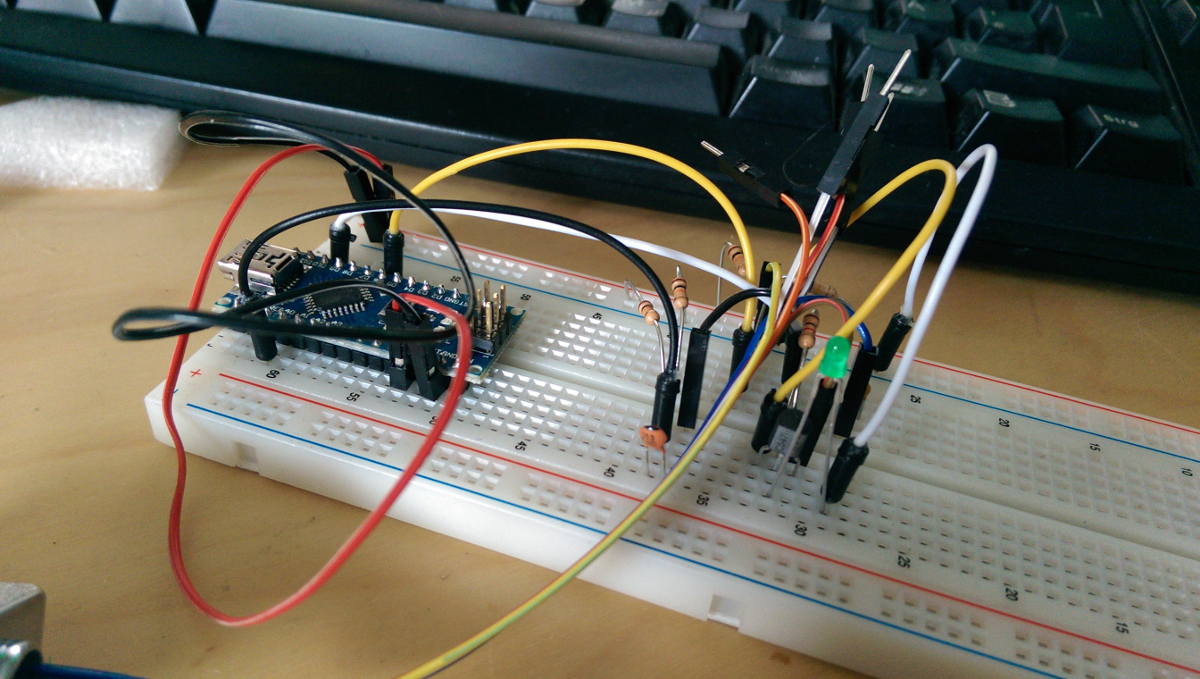 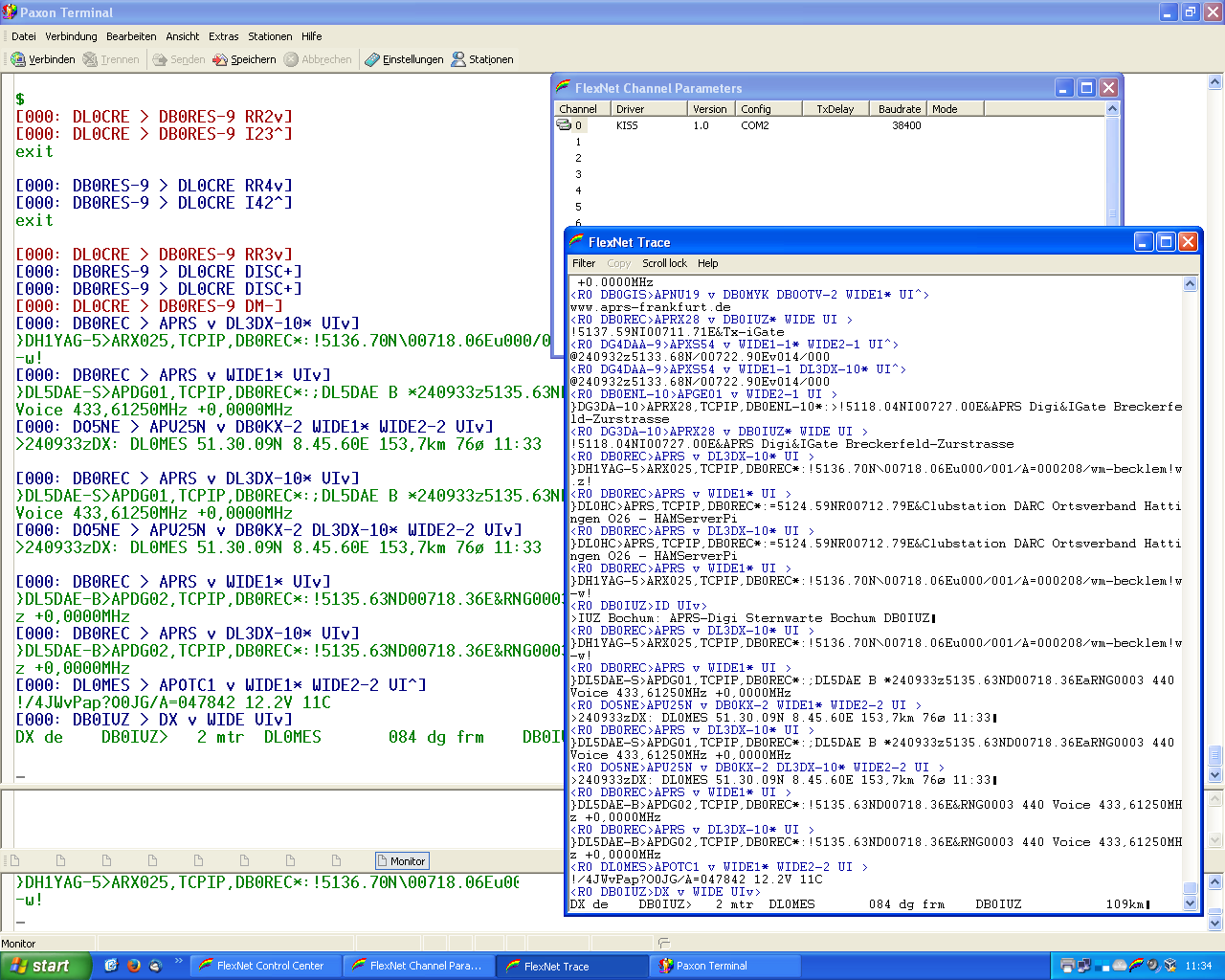 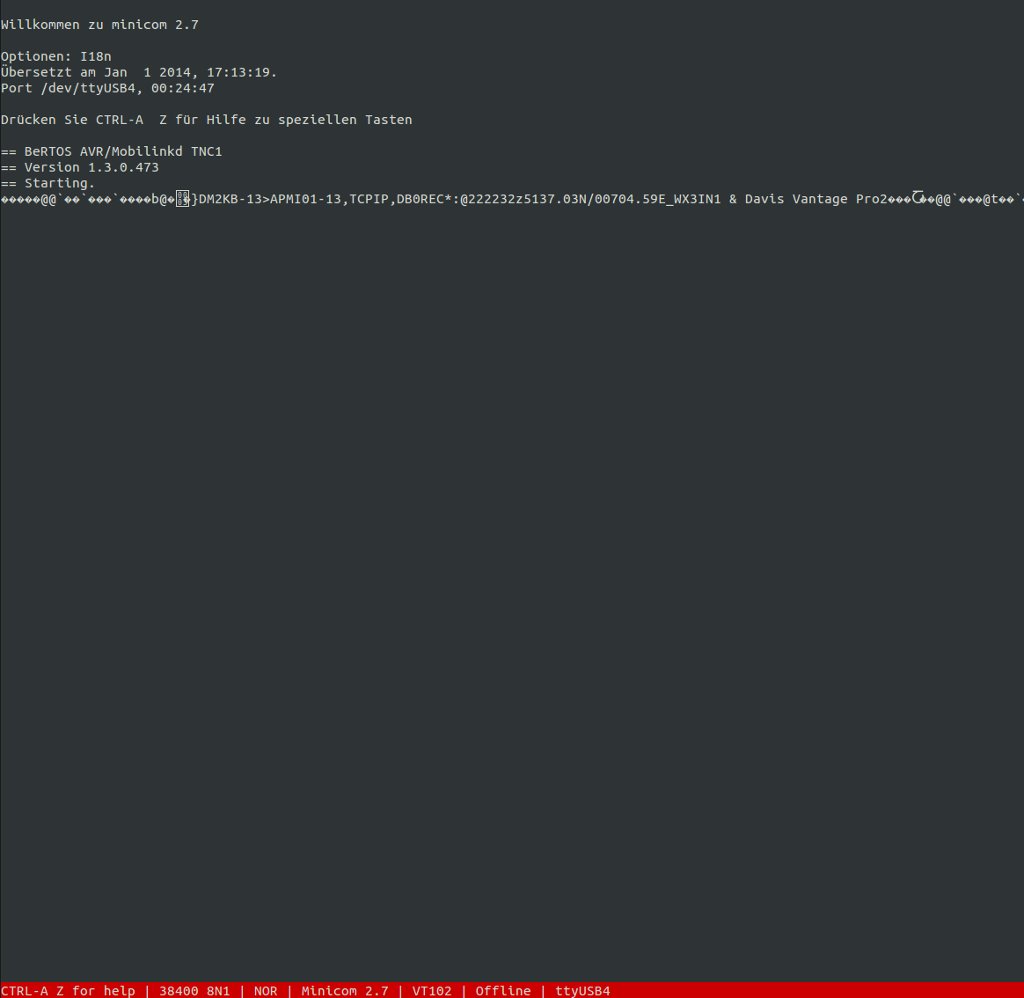