After fitting the ICOM ID-E880 into my car I thought about activating the GPS receiver automatically from turning on the radio and switching it back off again afterwards. The view into the Manual and Service Manual revealed that there is no signal that goes high nor a pin that carries some voltage when the radio is on. The only source would be Pin 1 on the Mic connector. That carries +8V but is only up to a load of 10mA. That may just be used up by the microphone itself.

As I currently do not use the Data jack I made a few measurements and found that the 9k6 data output from the discriminator would be a good source to detect if the radio is on or not. I made a small PCB carrying an opamp and a MOSFET transistor in order to supply the GPS RX with 5V through a voltage regulator. My aim was to put as little load as possible to the car battery in order not to discharge it to much when the car is not used. Due to this the LEDs in the circuit can be switched off. They are just used for diagnosis on demand.

As the signal vanishes when the PTT is pressed I put in a small capacitor that holds the gate of the MOSFET for a little time until the PTT is released again. That also make a little followup-time for the GPS when the radio is simply turned off. The circuit is quiet sensitive and activates the GPS reliably when the radio is powered. The curcuit is based on [1] with some minor modification and some enhancements with a voltage regulator and a MOSFET instead of a relay.

The GPS unit is attached to this circuit with a PS/2 plug carrying power and the NMEA output. The connection to the radio is a wire with a 2.5mm headphone plug connecting the GPS jack. Power is taken from a lighter socket with permanent 12V applied. 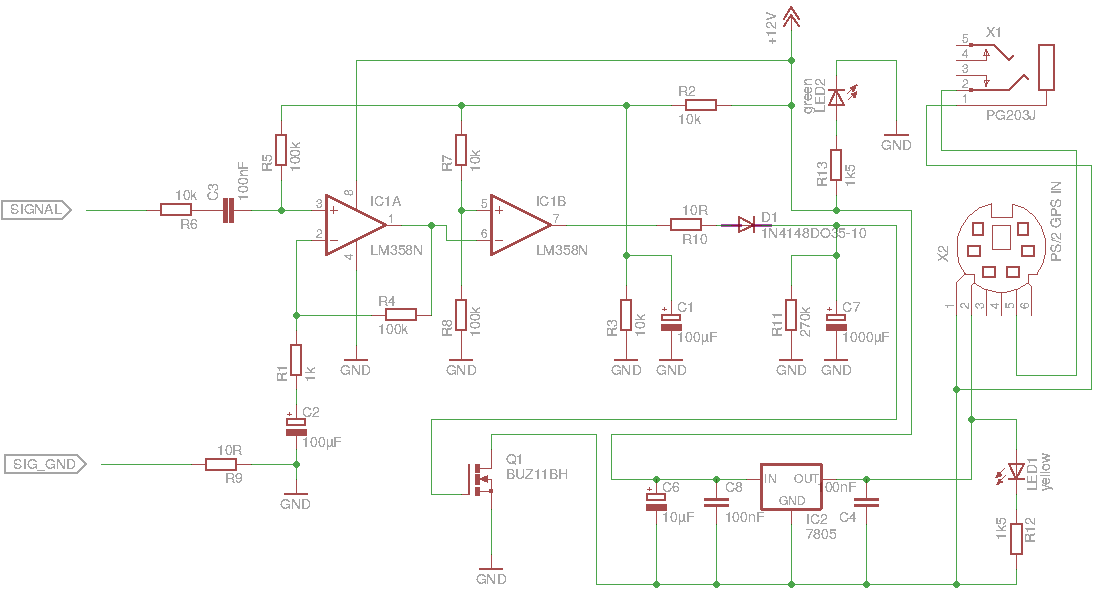 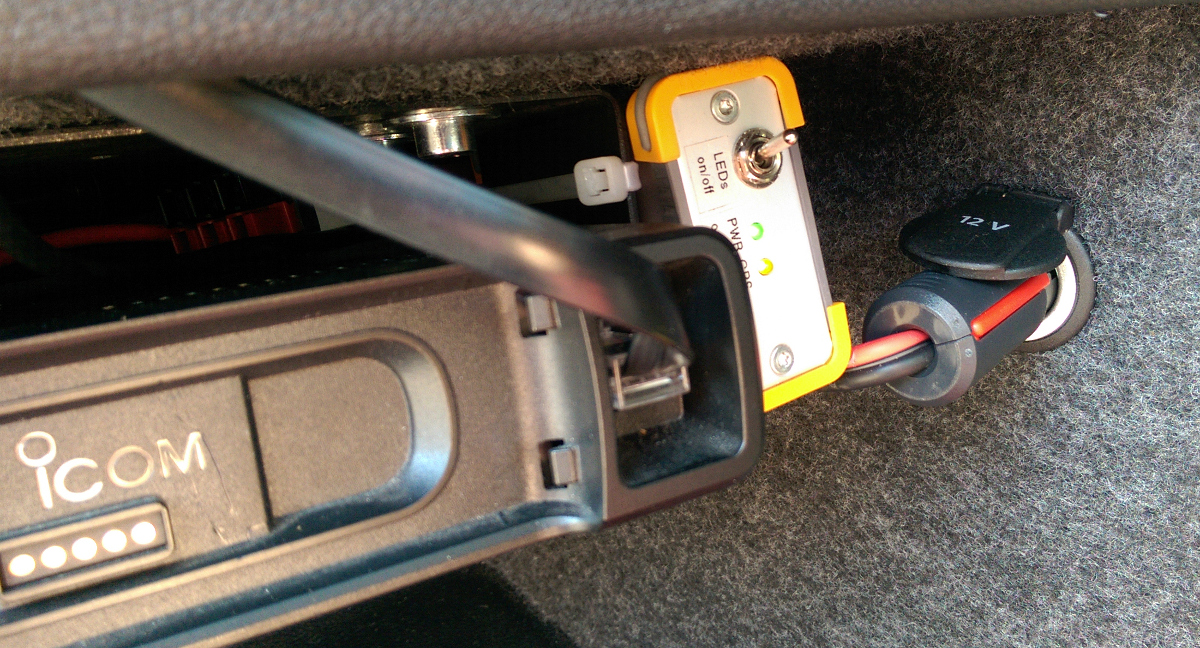